Four Types of Ping Pong Rackets You Have Never Seen

Do not think that ping pong rackets have to be certainly round shape, plus straight handles. One day if you kids bring back home the rackets below, please keep calm.

Water-drop Shape
This racket is not a mistaken substandard product. It is called “Water-drop Shape Racket,” made by a famous Japanese ping pong equipment manufacturer. Its design idea of being a bit skewed downwards is to enable your racket hand hitting the ball in a natural straight condition, easier to use power. Using the normal shakehand grip, your wrist has to be pressed down a little bit deliberately. It is said that its hitting weight also leans more forward (further away from the fingers), giving greater power. High level professional player in China used it.

Pistol Shape
Instead of a wood saw from a workshop, it is a “Pistol Shape Racket.” The grip is like holding a gun. The idea should be similar to the above-mentioned type. A coach told me that its performances are even better than normal rackets. Would it be more popular among soldiers and policemen? 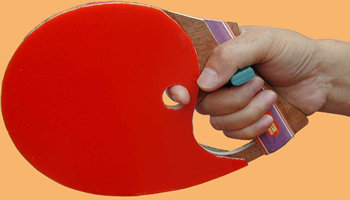 Glove Shape
You are not wrong! They are also ping pong rackets, not baseball gloves, called “Glove Shape Racket.” It is like putting on gloves, featuring stable and nimble. If you dare use it, you will be the most eye-catching one in the court undoubtedly. 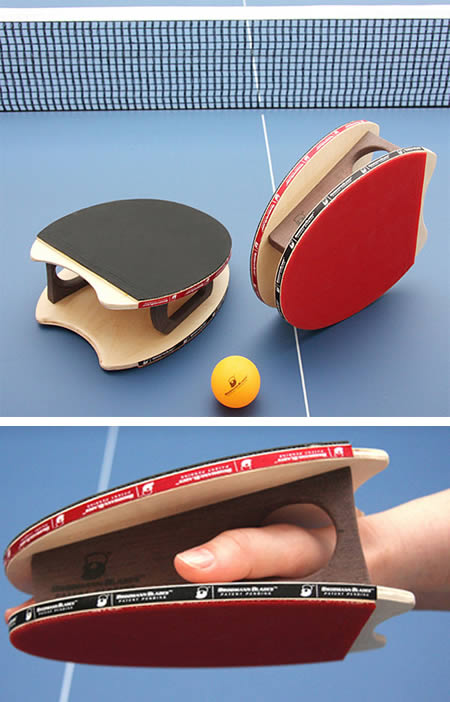 Weird shape ping pong rackets are not only the gadgets of those fans with special tastes, even the top professional player would use. In the 90s, the racket of the French player, Damien Eloi, is more prominent than his skills.

Violin Shape
The “Violin Shape Racket” used by Eloi, edge parts of the left and the right were missing. It was said that the bat was lighter. Also, as the bat width was narrowed, the hitting power could be more concentrated at its front-end, providing more solid power and better stability to the player. His skills were renowned for close-table looping, fast attack moves as well as strong explosive power. 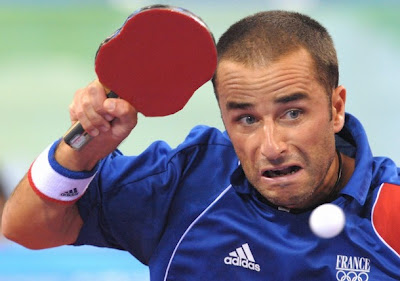 All the above-mentioned unique ping pong rackets, except the glove shape, are eligible in formal matches. Would you like to try them?