Why Left-handed Table Tennis Players Especially Hard to Deal With?

Meeting left-handed table tennis players, feeling especially awkward and hard to deal with, should be a common experience of many people. I saw a parent asking his son to switch to use left hand. The boy, who was a junior high student, had played for a few years already. His dad did so just because of seeking a breakthrough. There are three main reasons below why those left-handed players get the upper hand.

First, the placements of receiving serves change. The most common serve is forehand serving cross-court. If two right-handers are playing, it comes to your backhand side. However, if the opponent is left-handed, it becomes your forehand side, making you so uncomfortable. If it is a short ball, it is even the weakest position in general.

Of course right-handed players can serve a down-the-line ball to the forehand of their opponents, but it will be more difficult as the distance is shorter. For those left-handers, it is diagonal with longer distance, much easier and more natural.

Second, the route of backhand drive is largely different. Usually, while in a sustained rally waiting for a chance, right-handers would backhand counter drive cross-court to avoid the forehand fire zone of opponents. However, if the opponent is a left-hander, this cross line, which you have got used to, becomes sending the ball to his forehand attack zone. Even you remind yourself of returning down-the-line to his backhand, it is easy to make mistakes and be unstable, giving many opportunities to him, as you do not practice this route much. 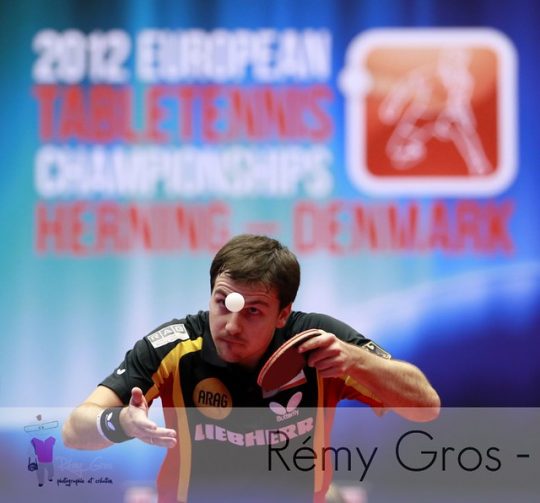 The fatal shot is the backhand drive big cross-court of left-handed table tennis players. Regarding left-handers, this longer diagonal line is easy to control and safe. It would not be very hard to drive a big cross, hitting beyond the corner inside out. This space is very hard to deal with, making you so painful. Even if you could save it, there would be a big space on your backhand side. It is so dangerous, unless you have excellent footwork and strong forehand to handle.

Therefore, this big cross line is the unique killing skill as well as the essential of left-handed players. One thing they have to bear in mind is that the drive should be cross beyond the corner and quick enough, otherwise it would become giving a forehand attack opportunity to your opponent.

Third, all the spins are reversed. For instance, usually when a right-hander forehand serves, it is a left side-spin. However, if the opponent is a left-hander, serving with the same motion, it becomes a completely opposite right side-spin, making you so confused. Thus, the best way to learn spins is not only watching the motions, but also much more importantly the directions the table tennis racket grazing the ball. Then you could make a habit and get used to it soon, getting rid of this problem.

Left-handed table tennis players are unique and gifted, taking advantage of it. Knowing the above-mentioned strengths, you should grasp and make fully use of them. Right-handed players also know your enemies and yourselves better.

This entry was posted in Skills and Styles and tagged Table tennis, Table Tennis Players. Bookmark the permalink.
本篇文章引用網址：