Why both hands are needed to play ping pong?

Every ping pong fan would stress the skill motions. Most of them also know the importance of footwork. However, many a player neglects the other hand which is not holding the racket. Without the match of another hand, all the skill effects cannot be brought into full play. Actually, you need to use two hands to play ping pong.

Wrong Positions of the Other Hand Playing Ping Pong

The most common mistake of the hand without racket is to just let it down by the side, like standing straight. Only the appearance of it is awkward. Another type is putting the hand over the belly, like suffering from a stomachache, or blocking himself from moving forward. One more type is placing the hand on the chest, like swearing. There are many disadvantages putting the hand like these. 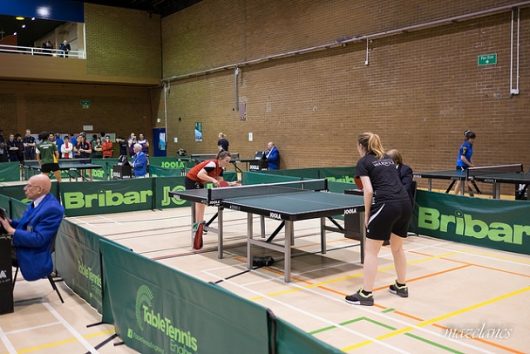 Why both hands are needed to play ping pong?
(Image courtesy of LUTTC Lancaster at Flickr)

Problems without the Match of Both Hands

Without the match of two hands while playing ping pong, the biggest problem is you cannot exert full power. Imagine that when you are throwing a stone to the sea on a beach, how is your hand without the stone? Would you put it by your side, or raising it above your head, swinging it with strength to bring your upper half body and waist turning, exchanging weight, then throwing out the stone with the hand holding it finally? This process is exactly like smashing and looping (By the way, it is more like killing high balls.) What would it become, if you put your hand without racket like the above-mentioned situations?

Besides, for the higher level players, placing the other hand wrong largely affect the footwork starting, speed and balance. Imagine again, how do you put your hands while running? What will happen if you put them down by your side? The drawbacks are obvious. In many cases, when you find that it is hard to have a breakthrough after you have been playing ping pong for a certain period, such as slow speed, less returns, left behind somebodies, more often the problem has nothing to do with lack of powerful smash or terrible serves, but lie in this little things.

My clever reader, could you please tell me, what the solution is?