Other than the World Championships and the Pro Tours commonly seen, in order to promote table tennis, the ITTF has launched two unique competitions – T2 League and TTX. Both are thoughtful and differentiated. Let me briefly introduce them below.

In July 2017, the first T2 Table Tennis League was launched in Malaysia. Its contest system and form are different. Unlike those traditional competitions held in large stadiums, it is in a small film studio. The auditorium just has a few rows of seats. The table is only some steps away from it, like a singer’s mini-concert. The feeling is so cordial. The standards of lighting and photography are also high.

The competitions have a time limit which is 24 minutes of every match. The player who gets more games becomes the winner. If it is a tie after 24 minutes, it goes into the extra-time stage and becomes a 5-point game, changing serve every point. Besides, the deuce is cancelled. The player wins at 11:10. All of these sounds like kids’ game. The aim is to increase the uncertainty of the results. 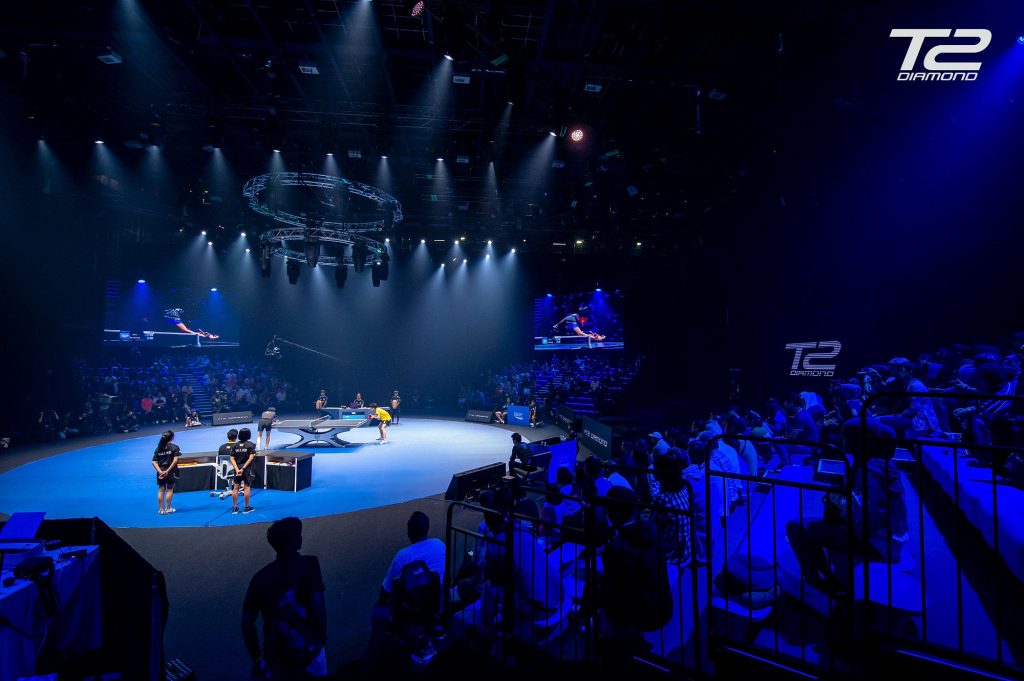 The events have singles and teams, the latter mixed. Those super stars in the 80’s, such as Jiang Jialiang, Jörgen Persson, Jorg Rosskopf and Michael Maze, were invited to be the team leaders in the first year. They also played the competitions with the current stars. It was quite a gimmick.

As to the award, the total prizes amount to US$1.5 million. It is said higher than traditional competitions, thanks to commercial sponsors. Now the T league in Japan and the T2 league have been merged, but the Chinese Table Tennis Association still limits their national team players to take part in it.

The other competition is TTX, full name Table Tennis X. It is specially designed to address the interest of the amateur public, nothing to do with professional matches. It simplifies the racket rules, adopting street fashion as the theme. The ITTF appointed a brand building company from Singapore to launch TTX in 2016.

It uses 46mm diameter super big balls, weight 5g. The rackets are wood blades only, without sponges and rubbers. From the rackets, the balls, the tables to the nets, all the designs are colourful, glowing, fashionable and nice-looking. It features that everywhere can be the venue, having games and fun with friends anytime. Enjoying the life and the freedom is the message. TTX held promotion events in downtowns, beaches and on-the-spot of F1 racing, quite sensational. The recent one was in Rome last month. 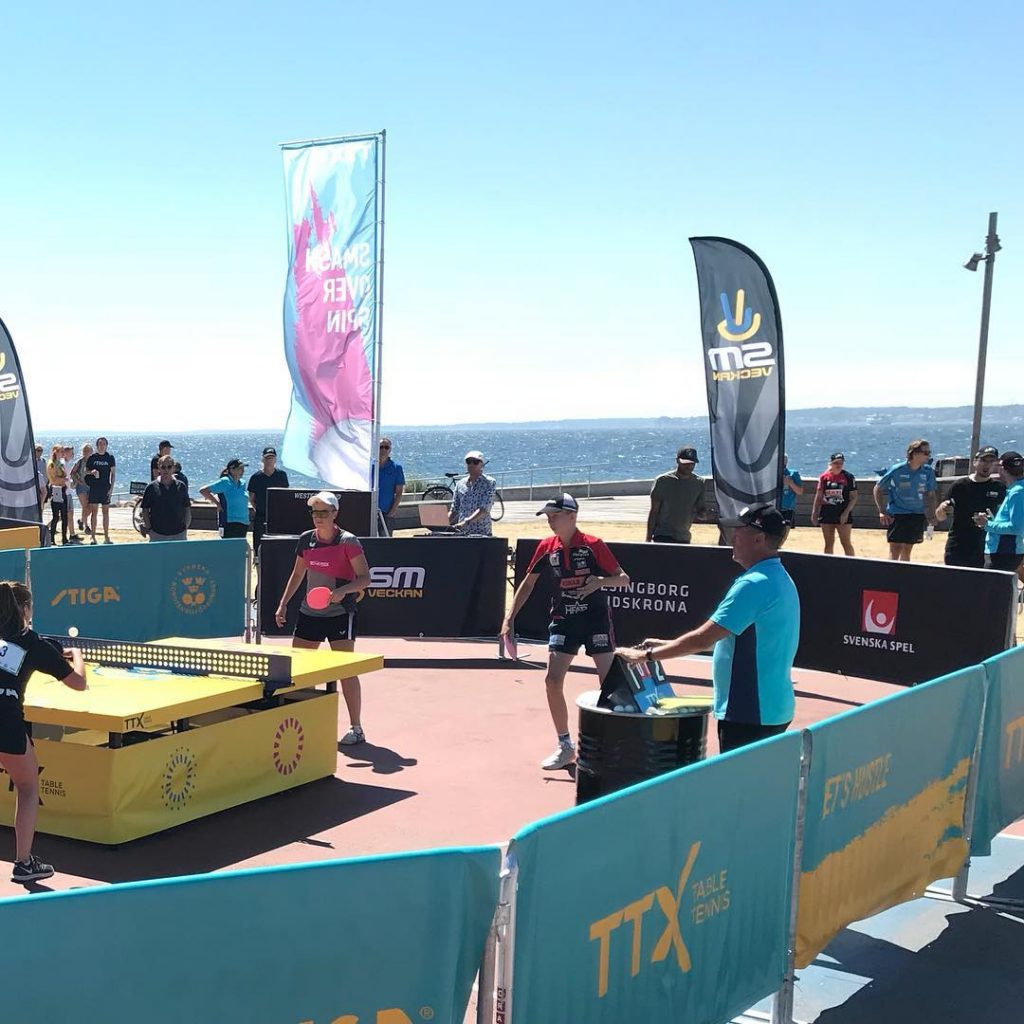 The regulations are also simplified. It is time-bound, a single set is 2 minutes long, best of 3 sets. There are no longer any serve rules, no need to toss. Two gimmicks are added. The first one is ‘Wildcard.’ Each player has one chance per set to shout ‘wildcard’ before a serve. If they win the subsequent play, they score 2 points instead of 1. The second one is ‘Winner.’ If a player returns or serves a ball the opponent doesn’t touch at all, they score 2 points instead of 1. The two gimmicks can be used at the same time, then they score 4 points.

It is so glad to see that the ITTF goes to right direction finally, trying something other than the big balls and targeting the crucial factor – the image of table tennis. Especially TTX, it brings table tennis to outdoor, blending into blue sky, white cloud and brilliant sunlight. It gives people a new, fresh and energetic impression. However, it seems that so far it has not made a loud noise yet. So far not many people know about T2 and TTX has not many activities. Hope it can make great strides in the near future. Apart from the package, table tennis has many special features worth being promoted.