Table tennis is the only ball games with different racket surfaces in the world. Tennis does not. Badminton does not. It is one of the main features. Some of the rubbers are rugged, some smooth. They include pips-in, pips-out, anti-loop, pips-out special and long pips. Each of them has unique functions, making table tennis more interesting.

Table tennis rackets comprise three parts, including blade, sponge and rubber. The blade is for control and bounce; the sponge for bounce; the rubber for spin and control. The rubber is the part touching the ball. The rubbers are divided into two main types: pips-in and pips-out. Each has subdivisions with varying characteristics.

The most popular one is pips-in rubber, with smooth surface. Over 95% of people are using it. It produces the strongest spin and is also fast. The functions are comprehensive.

Anti-loop rubber is a subdivision of the pips-in. They look the same, but the functions are very different. The spin and the bounce of the anti-loop are very weak. Therefore it is easy to offset the strong spin of loop. Mainly it is used to defend loop and it cannot attack itself. In the 60s and 70s, many world champions used anti-loop. It was the weapon of the renowned former head coach of the Chinese team, Cai Zhenhua, when he was a player. However, due to the changes of the equipment and the rules, anti-loop has become extinct, no world-class players using it anymore. 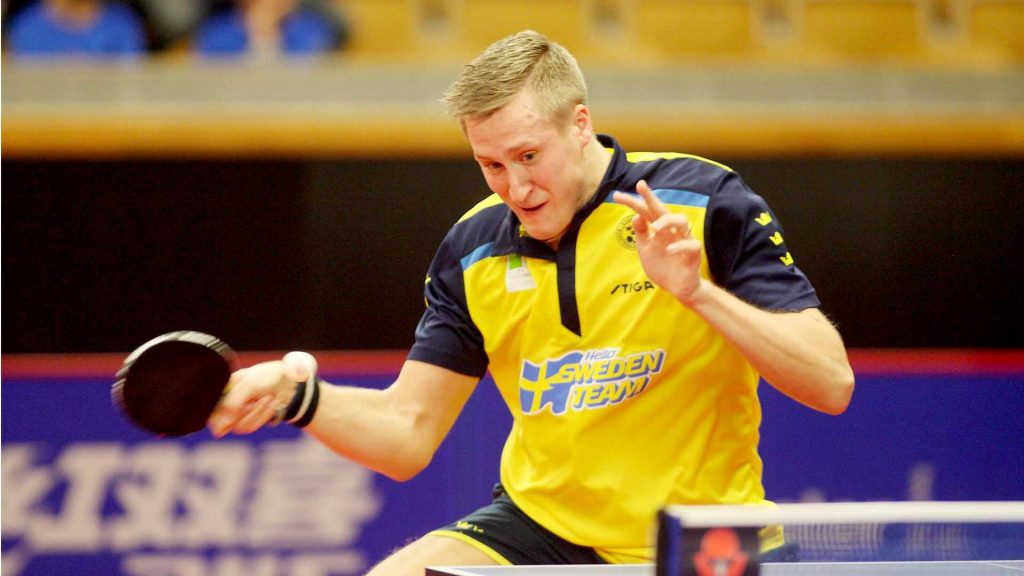 Another main type is pips-out rubber, with rugged surface. The features are quicker speed, less spin and flatter arc. It is easier to return spin but also producing weaker spin, suitable for fast attack. They were the weapon of many champions in the 50s to 80s, such as Jiang Jialiang and Chen Longcan. Now the second runner-up of the World Table Tennis Championships Men’s Singles, Mattias Falck, are using it.

Another common subdivision of pips-out is long-pips rubber. They look alike but the pimples of the long-pips rubber are longer and softer. The most distinct features are that it can reverse the spin of the coming ball. The arc is low, irregular and swiftly moving. It is completely different from normal rubbers. 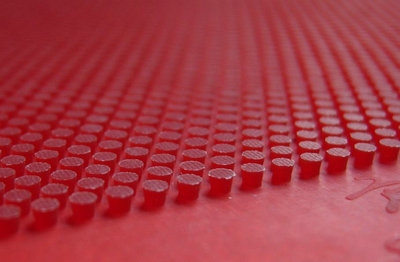 Long-pips are similar to anti-loop. They are insensitive to spin and for defense use. Their bounce is weak and they are unable to produce spin themselves. They have to make use of and reverse the coming ball spin to disrupt opponent. Choppers use them for backhand. It would be a total mess for those dealing with long-pips for the first time. You will lose quickly without knowing what has happened. The three-time World Table Tennis Champion of men’s singles in the 60s, Zhuang Zedong, and the three-time World Champion of women’s singles in the 80s, Deng Yaping, used long-pips.

It can be imagined that how attractive and exciting it could be when these rubbers with various functions confronting one another in matches. However, it is a pity that it can no longer be seen. Since 1 Oct, 2000, the ITTF increased the ball diameter from 38mm to 40mm. After that, the ITTF has changed the ball materials twice more. It made the ball heavier and the spin weaker by at least 20%. The power of pips-out, pips-out special and long-pips have been greatly diminished. It directly led to the domination of pips-in rubbers nowadays.