Why Was Xu Xin Out in Round of 32 WTTC Singles, Missing a Great Opportunity to Enter the Final? Afraid His Road Ahead Difficult

At the World Table Tennis Championships in Budapest last month, Xu Xin, who ranked world no. 2 and was the singles second runner-up in the previous two times, was defeated 2-4 by French Simon Gauzy, who ranked beyond 30, in the round of 32. It was a horrible result.

Due to the ridiculous ranking system of the ITTF, four Chinese players crowded in the upper half this time. Xu Xin was the only Chinese player in the lower half. In addition, there were no strong players in the lower half, other than Harimoto Tomokazu. Even Timo Boll withdrew because of sickness, failing to live up to fortunate draws as usual. It was a great opportunity of Xu Xin entering the singles final for his first time and establishing his status in the national team. What a pity to miss this out! 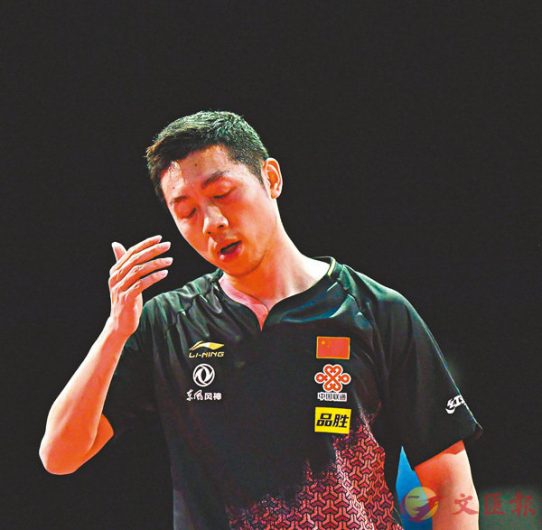 Why was Xu Xin out in round of 32 WTTC singles, missing a great opportunity to enter the final? Afraid his road ahead difficult

Gauzy performed well in this match. His serves produced many chances. Also, his receiving controlled Xu Xin to a great degree. Sometimes he even attacked on serve and killed straight away. It was rare against the Chinese players. Besides, Gauzy’s attack was stable, making few unforced mistakes. The hardest thing was that, unrelated to skills, he kept confident and calm from beginning to end. Facing the renowned Chinese team, many other famous European players did not ‘dare’ to win at the critical moments. Gauzy grabbed this opportunity tightly.

Xu Xin was Nervous and Hesitated

In contrast, Xu Xin was nervous and hesitated, playing not well. After using the new balls, you could see that Xu Xin tried hard to improve. His reverse penhold backhand was enhanced obviously, less stepping round in the mid- to long-distance areas to avoid too much opening. His forehand loop stance was adjusted closer to the table to raise speed. Also, he trained a new set of serve from the centerline of the table.

However, Xu Xin showed a lack of confidence. He often appeared indecisive while attacking. While Gauzy returned his serves well and left him no chance, he made more forehand mistakes. When Gauzy led by games 3-2, Xu Xin was more timid and flustered, making serve mistake right in the beginning of the game. His unforced mistakes were increasing afterwards.

After the ABS new balls, it was not the first time Xu Xin appeared nervous and hesitated. Believed it was because that his attack power was largely reduced. In order to be a top player, keeping calm and confident is a must. The failure of this match may make him difficult to keep his singles position in the national team. The only comfort was that Xu Xin performed excellently in mixed doubles. We could still see a penhold player standing on the award presentation stage.